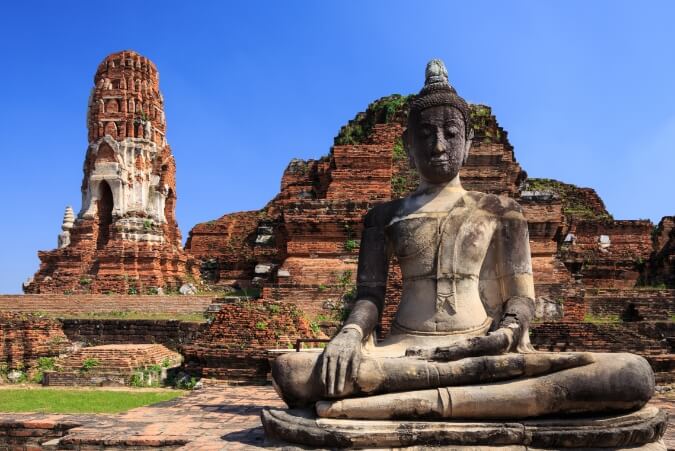 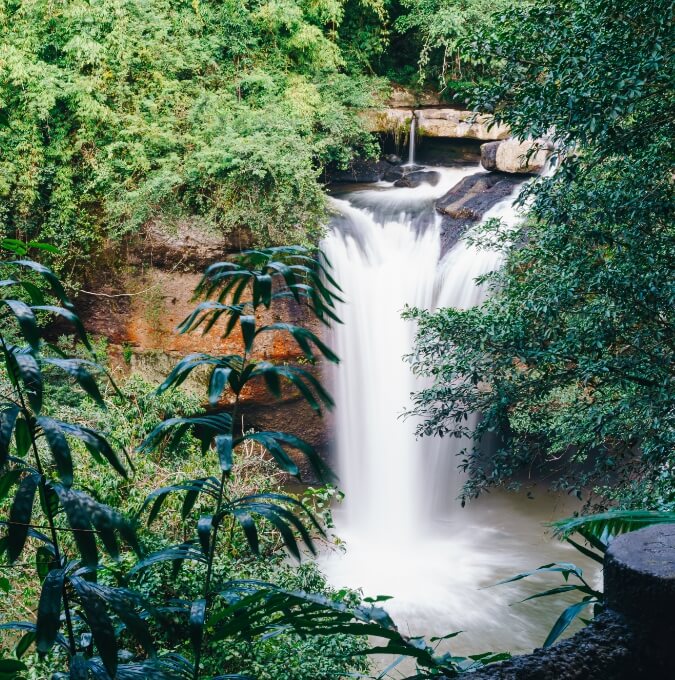 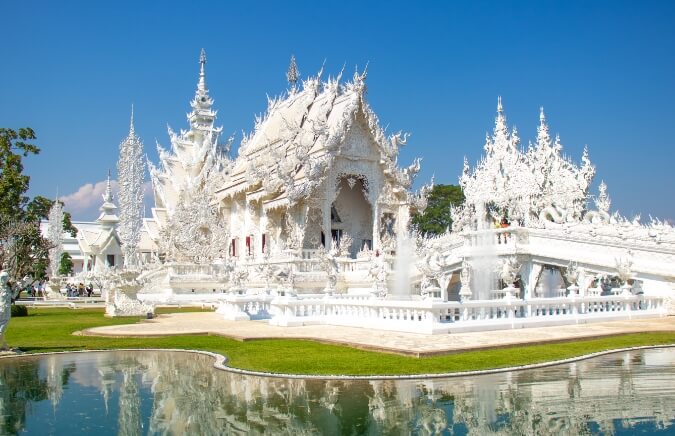 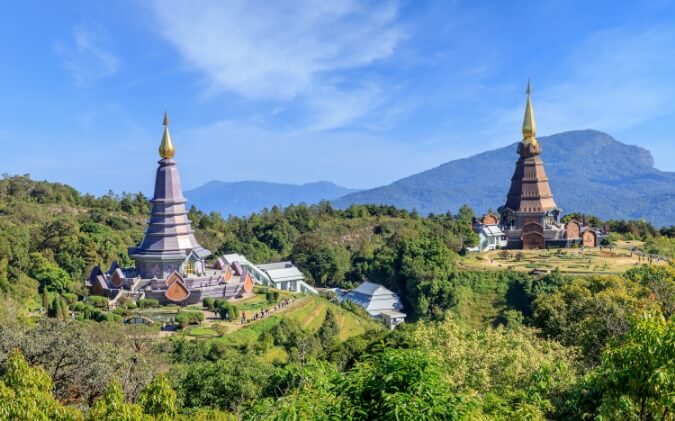 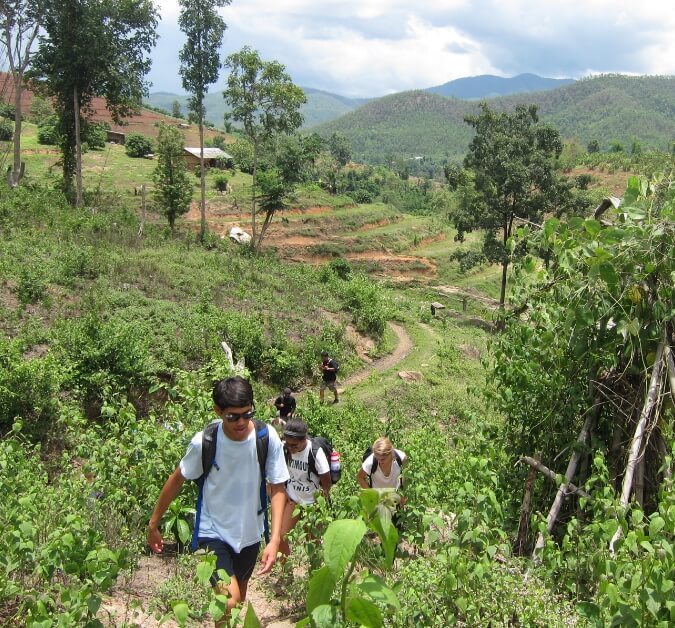 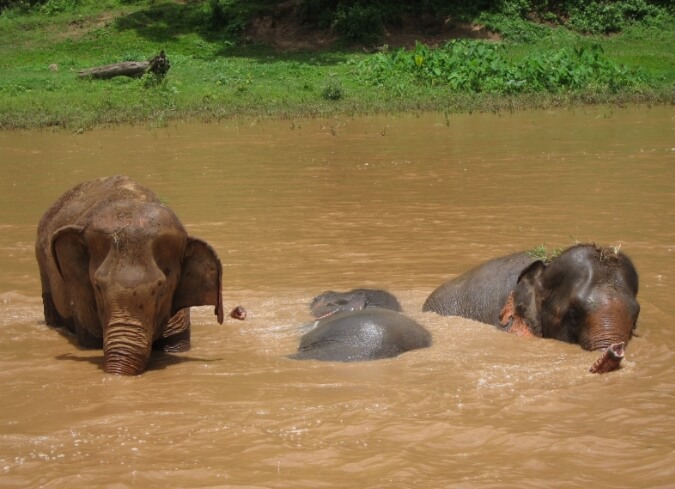 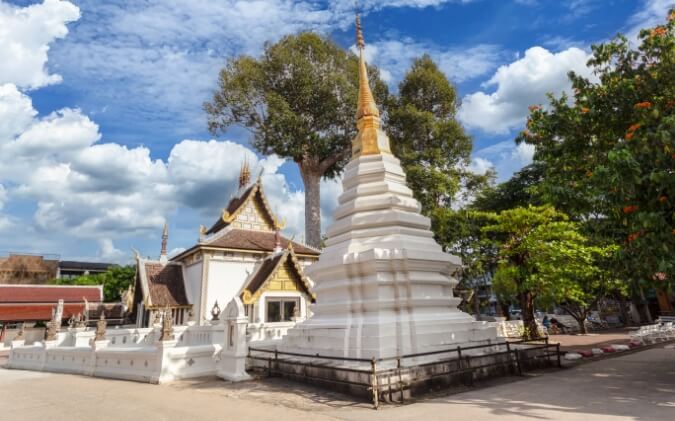 Vibrant traditions, world-renowned cuisine, and spectacular landscapes dotted with glistening temples: it’s easy to see what makes Thailand one of the most-visited places on the planet. This summer, choose either the Photography or Anthropology, Culture, & Tradition On Assignment theme, and discover what makes Thailand unique and culturally diverse. Photograph iconic wildlife and vibrant village markets, and immerse yourself in landscapes and cultures as you travel from Ayutthaya, old Siam’s capital, to the lush mountains of Chiang Mai province in the north. Spot an elephant or gibbon in their natural habitat at Khao Yai National Park, visit Thailand’s highest peak, Doi Inthanon, and cap off the trip with a homestay in a Karen village, where you will learn more about the relationship between the Karen tribe and elephants.

Sirachai “Shin” Arunrugstichai is an independent photojournalist and marine biologist, specializing in marine conservation stories. He is an Associate Fellow of the International League of Conservation Photographers and a National Geographic Explorer. Shin regularly works for various conservation organizations and covers news as a stringer for Getty Images. His photographs have been published in National Geographic, Smithsonian, the Washington Post, the New York Times, and the Guardian, among many others. And when he is not fortunate enough to be photographing stories in the field, Shin often collaborates on shark and ray research in the waters of Southeast Asia, which he calls home.


Meet your fellow high school student travelers and one or more of your leaders at the Los Angeles Airport, and fly together to Suvarnabhumi Airport in Bangkok, Thailand.

Settle into your accommodations in the capital of old Siam, Ayutthaya, a province with ancient structures and temples. Get to know your fellow students, leaders, and On Assignment team as you visit the Chao Sam Phraya National Museum to learn about Thai history, bike amidst remnants of the old capital in Ayutthaya Historical Park, and frequent the many local food stalls and cafes near your guesthouse. Meet the National Geographic Explorer, then venture out to capture sunrise over the prang (reliquary towers) and Buddhist monasteries of this ancient city.

Travel to Thailand’s first national park, Khao Yai, and trek through the area’s lush, jungle landscape with local guides. Alongside a National Geographic Explorer, learn about and photograph the area’s variety of wildlife and many picturesque waterfalls. If you’re lucky, spot an elephant in the wild, or perhaps an arboreal gibbon swinging through the tree canopies. Spend the evening learning Thai folk songs around the campfire before retiring to a permanent tent with beds and ensuite bathrooms. Return to Ayutthaya before heading to the far north with your group.

Fly to Thailand’s northernmost province, Chiang Rai, to discover a completely different part of the country famous for its emerald green mountains and rich cultural diversity. See the jaw-dropping Wat Rong Khun, or White Temple, designed by famous Thai artist, Chlermchai Kositpipat, and the magnificent statue of Guanyin, Buddhist Goddess of Mercy, keeping watch over the hills of the province. Meet a local artist and guide who will teach you about northern Thai life while leading workshops on traditional pottery and handicrafts. In the evenings, head to Chiang Rai’s bustling “walking street,” where community members from the villages in the surrounding hills come to sell beautiful fabrics and trinkets.

Go on a day trip to Mae Salong, home to the Santi Khiri Village settled by defected Chinese soldiers belonging to the Kuomintang Army in the 1940s and ‘50s. Roam the hills of this unique mountain town, sampling the region’s famous oolong tea and learning about the many local communities.

Head three hours southwest to the largest city in the north, Chiang Mai. Hike to the city’s sacred mountain, Doi Suthep, via a former pilgrimage trail carved and maintained by monks, and learn more about the Buddhist practice of “making merit” at the golden temple on its peak. In the evenings, relax by Chiang Mai University’s famous Angkaew reservoir, where community members and university students gather to exercise and hang out with one another.

Walk around Chiang Mai’s old walled city, visiting its many markets and food stalls, and stopping in to see Wat Chedi Luang, an elaborate Buddhist temple where the City Pillar Shrine is located. Depart on a journey northward, stopping first at Doi Inthanon, otherwise known as the “Roof of Thailand,” or Thailand’s highest peak, resting at over 8,000 feet above sea level.

Continue north from Doi Inthanon to a Karen Village near Mae Chaem District to spend a few days experiencing the slow, laid-back lifestyle of this quiet mountain town. Spend time learning about the tribe’s long standing relationship with elephants, making traditional meals, and experiencing daily life alongside Karen families. Cap your stay by visiting the village’s elephant sanctuary, where several adult elephants retired from the tourism industry roam free in the forest.

Return to Chiang Mai to reflect on your experiences and present your On Assignment project to the group. Celebrate with a nice, final dinner to celebrate your time in Thailand.

Fly from Chiang Mai to Los Angeles with your group and one leader.

A Day in the Life: Ayutthaya

Due to the traveling nature of this summer travel program, each day is different. Here is a snapshot of a day during our time in Ayutthaya.

Choose either the Photography or Anthropology, Culture, & Tradition On Assignment theme, and break into teams to delve further into your area of focus.

Photography: Practice landscape shots as you capture the sunrise or sunset over Ayutthaya, the capital of old Siam, or the rolling, emerald green mountains of Chiang Rai province, and the stunning waterfalls of Thailand’s first national park. Gain experience with portraiture alongside your fellow students and local communities you’ll be visiting. Edit your images as you craft your final presentation, telling the story of your journey.

Anthropology, Culture, & Tradition: Learn about the various communities that make up the cultural tapestry of Thailand. Explore Thai culture during cooking workshops, visits to the market with local guides, and on visits to Buddhist temples. Gain an understanding for the symbolism behind weaving patterns while participating in classes taught by local artists.

Knowledge of Thai is not required. Students who do not speak Thai will have the opportunity to learn a few words or phrases in Thai.

This is a largely outdoor-focused, active summer travel program that includes frequent hikes and exploration by foot. It is important that you have a desire to be physically active, and that you are excited about trying all activities.

We stay in a variety of accommodations on this trip, including bungalows, family-owned guesthouses, and a campground with amenities at one of Thailand’s national parks. Students typically stay in double or triple rooms. 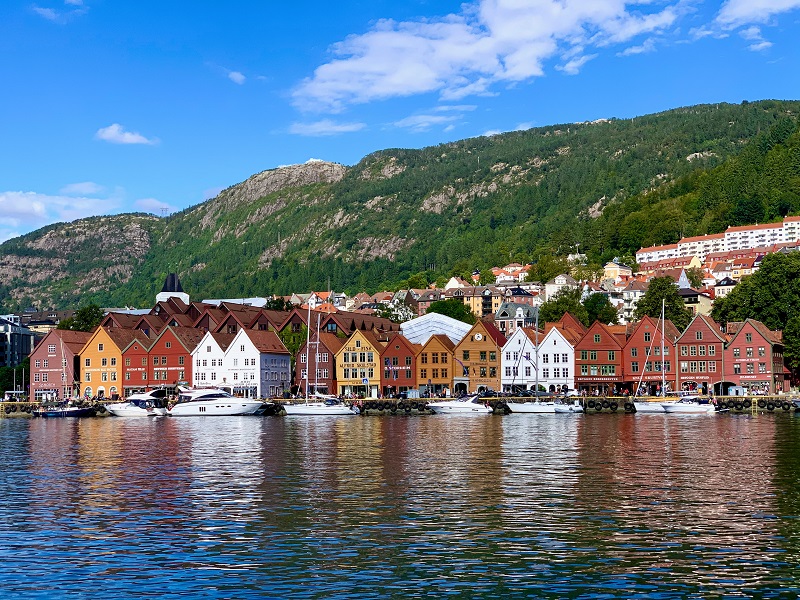 Venture to Norway this summer to experience its stunning fjords and soaring peaks, and immerse yourself in the country’s culture and traditions. Norwegians have a storied history of connecting with the natural world and their kinship with the Earth is infused into many aspects of daily life. Choose either the Photography or Anthropology, Culture, &… 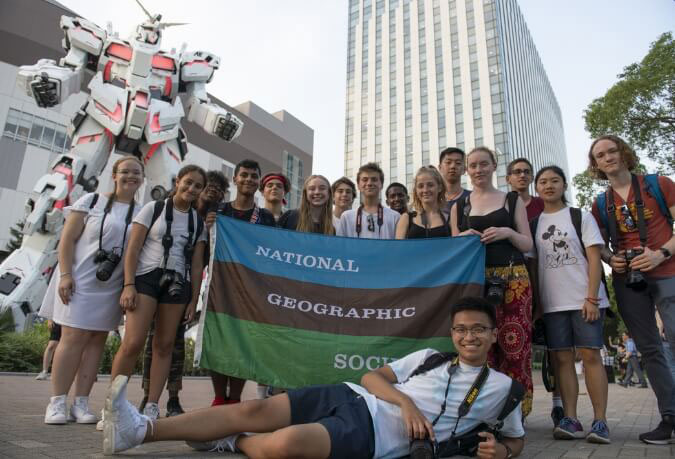 During this program, learn how to capture this iconic city’s creativity—and the enduring symbols of centuries-old Japanese culture—during hands-on classes led by our photo and film instructors, and a National Geographic Explorer. Then hit the streets to photograph the color and motion of Tokyo, play around with stop motion animation, or head to the mountainous… 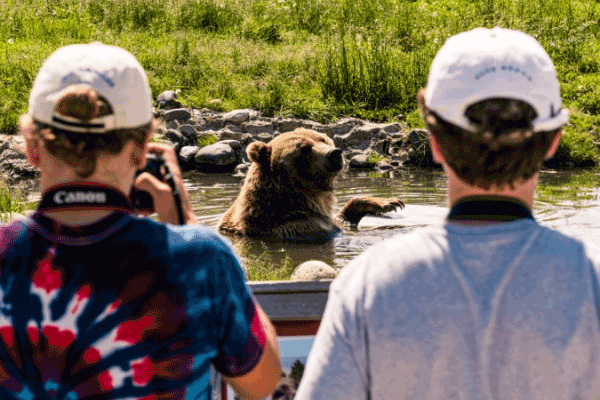 Thailand is located in the center of Southeast Asia and is known for its lush, tropical beaches and jungles, and opulent temples and palaces. The country is a constitutional monarchy with both a Prime Minister and King, and the main religion is Theravada Buddhism. Thailand, particularly the north of the country, is made up of many diverse communities who bring their own languages, dress, and customs to the rich tapestry of Thai culture.

Thai is the official language of Thailand, and different dialects and languages are spoken throughout various parts of the country. English is common in the cities, though not as widely spoken in rural areas.

June through October is known as Thailand’s “rainy” or “monsoon” season. Although temperatures vary depending on which area of the country you’re in, average temperatures during this season range from 77 to 89 degrees Fahrenheit (25 to 32 degrees Celsius). Rainfall is common but showers typically do not last long, and storms are very rare. This season boasts beautiful, lush greenery and blue skies, though high humidity.

Thailand is known for its flavorful, herb-rich cuisine, which is often served spicy but can be altered to suit other palates. Rice or ‘kao’ is served with most meals, and the main types of Thai dishes include tom (boiled dishes), yam (spicy salads), tam (foods pounded with a mortar and pestle), gaeng (curries), and stir-frys. Staple ingredients usually include fish sauce, chili, lime, coconut milk, and peanut.